She didn’t just read one of her books; she read from her published book series, “The Honey Bunch Kids,” that she wrote, illustrated, and had published by Xlibris Corporation.

Bembry, 17 years old broadcast journalism major in the HU Scripps Howard School of Journalism & Communications, has been writing books since she was ten.

Although, Bembry said this was one of her first times reading her book aloud to an audience, no one could even tell.

She read the chapter titled, “Grandma Butter Biscuits,” and the children were instantly excited. While reading she would pause and ask the children questions; and the excitement continued to build and become contagious through her expressive tone and facial expressions.

The children’s comments were endless when Bembry asked, “Do you know what a nickname is?” and “How do you say grace at home?” 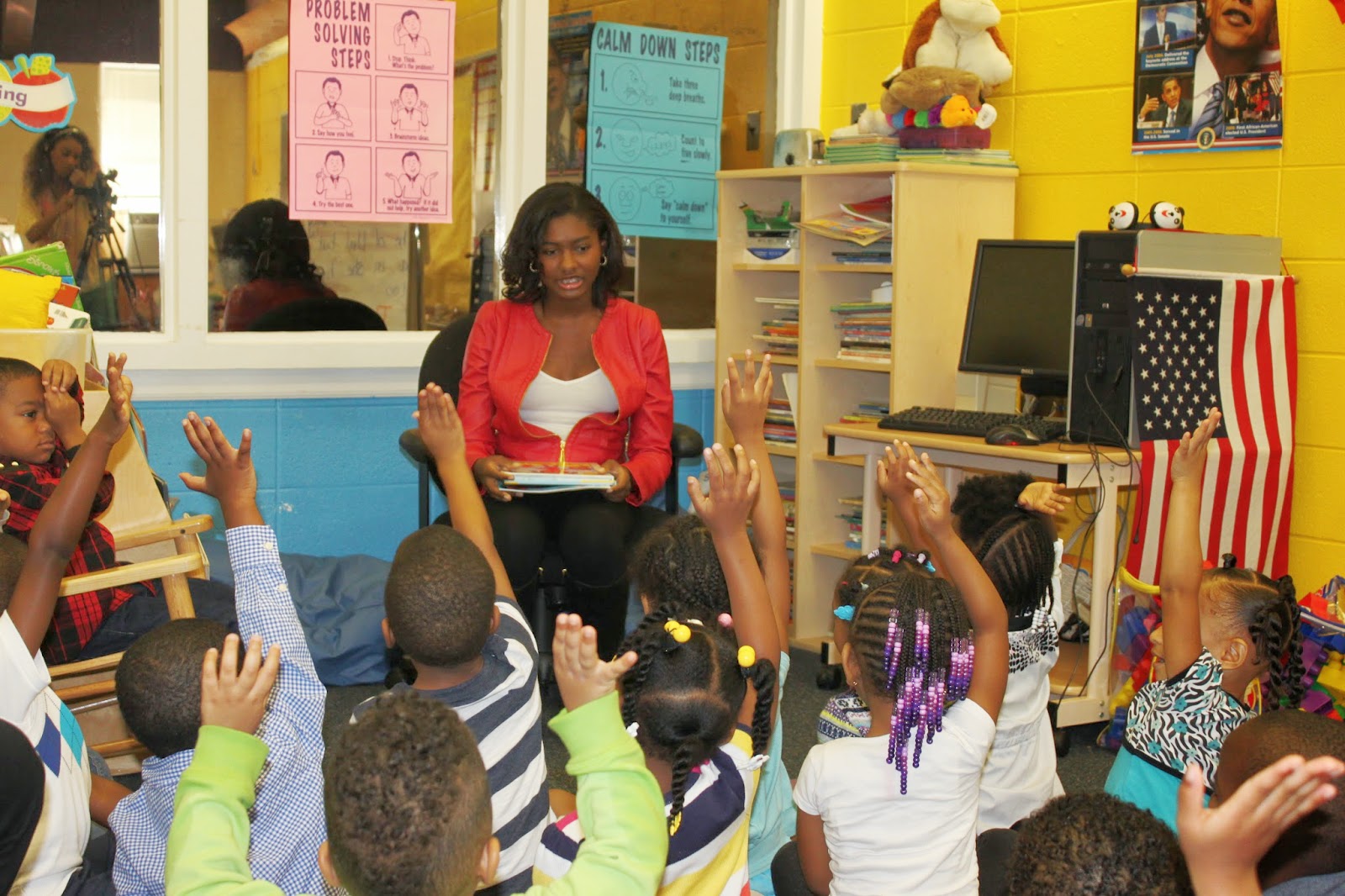 Also, her creativity has evolved her into an entrepreneur. She is currently working on turning her books into an animated series—writing a 90-minute Christmas special and several episodes for 11-minute TV segments to one day air on major networks like Nickelodeon.

Bembry also uses her book series to promote literacy. She is a youth ambassador for several organizations including, LiteracyNation and Mission EduCare.

She is excited to further mature her skills at HU. Her mother is an aluma and has brought her to campus several times for homecoming festivities before she became a student.

“Professors at HU are not like regular professors who teach and go home,” said Bembry. “They really want to see you succeed and will work very hard to help you get there.”

Connie Goode, director of the HU Child Development Center told the kids: “We met a very special young lady today. She wrote three books; and maybe one day one, two, three or even more of you will write books too.”

-Gianina Thompson
Posted by Hampton University News at 9:19 AM