Hampton University students will appear live on CNN today at 2:30 p.m. EST to talk about the HU National Summit on Marriage, Parenting and Families.

Tune in to today to support our Hamptonians!

Posted by Hampton University News at 1:48 PM No comments:

HU’s  Department of English’s Cinema Studies Program presents the 2009 Mid-Atlantic Black Film Festival (MABFF) symposiums and screenings. The MABFF will be held on September 16-19 at the Hampton University, the historic Attucks Theater in Norfolk, Va., and Norfolk State University. Screenings are $5 for students, faculty and staff and $10 for the general public. Symposiums are free and open to the public.

The MABFF offers the best in black and multi-cultural independent films, powerful narratives, compelling historical and contemporary documentaries, innovative films by students, colorful animation shorts, music videos and discussions and workshops with distinguished guests from the film industry. The MABFF recognizes artistic excellence in the past, present and future of black cinema and is bound to have something that will enlighten and entertain.  Eleanor Earl, assistant professor of English at HU, is MABFF festival director.

Short films and documentaries will also be showing on Sept. 18-19 featuring:

A Matter of Race (short film)

My Mother Was a Butterfly (documentary)

The Life and Tragic Death of James Byrd, Jr.

Posted by Hampton University News at 12:12 PM No comments:

More than 100 prominent leaders will gather at Hampton University to discuss the state of marriage and families in the U.S.  The HU National Summit on Marriage, Parenting and Families will be held on Sept. 29-30 in the Student Center Ballroom.  This groundbreaking event will explore the declining status of today’s marriages and the importance of healthy, effective parenting in the U.S.  The summit will streamline live on the web at www.hamptonu.edu for the public.

Panel discussions featuring leaders in business, media and entertainment, military, religion, politics and education will research findings on the status of marriage, parenting and families and the consequences of the weakening of family relationships in the U.S.  They will also explore creative and effective ways of moving marriage and family research evidence from academic journals to classrooms and the American public. 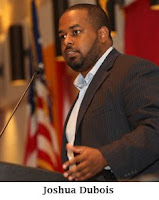 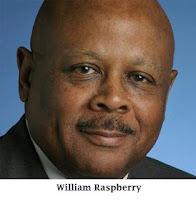 An index on the state of marriage in the U.S. will be released at the summit.  The U.S. Marriage Index uses specific measurement indicators to track the health of American marriages through the past forty years and assess areas of improvement for the future.  This index is a product of a partnership between HU and the Institute for American Values.

“We’re really focused on raising awareness about the crisis of marriage in the U.S.  But we’re also solutions focused, identifying what it is we can do to address this issue,” explained Dr. Linda Malone-Colon, chair of the Summit and director of the HU National Center on African American Marriages and Parenting (NCAAMP), to be launched at the summit.

The summit will also feature: 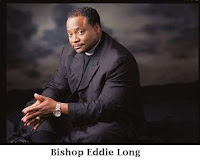 Posted using ShareThis
Posted by Hampton University News at 9:09 AM No comments: