The Hampton University Department of Chemistry recently received a $293,853 grant from the National Science Foundation (NSF) to establish the new Bachelor of Science in Biochemistry degree program.

The grant will assist the department in procuring essential equipment and other resources needed to help the program grow. The curriculum for the program has been carefully designed to combine topics in biological, chemical, mathematical, and other key science concepts.

HU is one of four Historically Black Colleges and Universities (HBCU) that offer an undergraduate biochemistry degree. The program gives HU students interested in medical careers a chance to become more competitive in the industry.

“The program will place Hampton University in a rather unique position,” stated Dr. Isai T. Urasa, chair of the Department of Chemistry and principal investigator of the NSF grant. “We will be one of very few institutions that offer an undergraduate degree in biochemistry, it will promote our visibility for student recruitment and also enhance our competitiveness for research and other programmatic grants.”

Biochemistry is the study of the chemical processes in living organisms. It deals with the structure and functions of cellular components, such as proteins, carbohydrates, lipids, nucleic acids and other biomolecules. Biochemistry combines biology with organic and physical chemistry to reveal the mechanisms by which living things obtain energy from food; the chemical basis of heredity; and biological changes related to disease.

“It is widely understood that as in all science and engineering fields, minorities are acutely underrepresented in biochemistry and the biomedical workforce,” stated Urasa. “The newly established biochemistry program will provide chemistry and other science students with an expanded field of career options.”

Dr. Shanthi R. Paranawithana, assistant professor and coordinator of the newly established Biochemistry program, is also Co-PI of the grant. In addition to serving as coordinator of the biochemistry program, she is also teaching and mentoring students in this area. She has established a journal club, which she uses as a mentoring tool to reinforce critical thinking and responsible conduct in science and scientific research. Her mentoring activity extends to students in the Department of Biological Sciences as well.

Posted by Hampton University News at 3:06 PM No comments:

Dr. John Ruffin, director of the National Institute for Minority Health and Health Disparities, addresses the audience at the Hampton University Convocation Ceremony.

“I know of no other university without a medical school with the capability to change the affect of prostate cancer,” Ruffin said. “I will do all that I can to make sure that the proton center you have is not Hampton University’s best kept secret.”

Ruffin also mentioned other HU programs, the Hampton-Penn Center to Reduce Health Disparities and the Minority Health International Research Training, which has taken students to Tanzania, Kenya and Nigeria to study natural products and environmental health.

Ruffin said that while life expectancy in the United States inches up every year “progress in medicine and public health are increasingly uneven.

“The more wealthy you are the healthier you are, and that is true all over the world,” Ruffin said. He went on to explain that access to health care is only part of what causes health disparities. Other factors including the environment, disparities in the workplace, and access to services like stores that sell fresh fruits and vegetables and safe places to play and exercise outdoors also contribute to health disparities.

Ruffin urged the students of all disciplines to become involved in the fight against health disparities by taking advantage of the National Institutes for Health Loan Repayment Program (LRP). LRPs encourage promising researchers and scientists to pursue research careers by repaying up to $35,000 of their qualified student loan debt each year.

“We need to be as interested in health disparities globally as we are in this country,” Ruffin said.

The Hampton University Opening Convocation marks the official beginning of the school year and the first time the graduating seniors don their caps and gowns. HU President Dr. William R. Harvey urged the seniors to make the most of their last undergraduate year and take advantage of all Hampton University has to offer them.

Senior Class President Misha Lawrence also charged her classmates to choose wisely and make good decisions. Lawrence said that once they leave Hampton University and enter the boardrooms, they will stand tall and say, “Hampton made me this way.”

Posted by Hampton University News at 8:59 AM No comments:

HU Professor Featured on NPR's "Tell Me More"
Hampton University's Dr. Linda Malone-Colon, chair of the Department of Psychology and director of the National Center on African American Marriages and Parenting (NCAAMP), was featured on NPR's "Tell Me More" on Sept. 22. Click here to listen to the interview or view the transcript:
Activists Unite For 'No Wedding, No Womb'
NPR "Tell Me More" | September 22, 2010
http://www.npr.org/templates/story/story.php?storyId=130047875
The out-of-wedlock birth rate for African-Americans at 72 percent is the highest of any race and ethnic group in the U.S. In response "100 bloggers" will join forces for "No Wedding, No Womb" to force a dialogue in the black community about why this is happening and how we turn the corner on solutions. Host Michel Martin speaks with Christelyn Karazin, founder of the No Wedding, No Womb movement, and Hampton University's chair of psychology Dr. Linda Malone-Colon.
Posted by Hampton University News at 11:03 AM No comments: 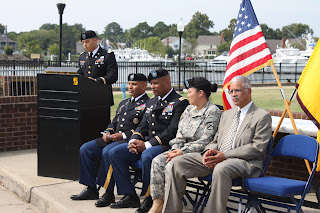 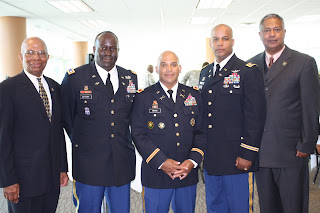 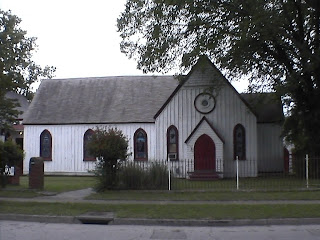 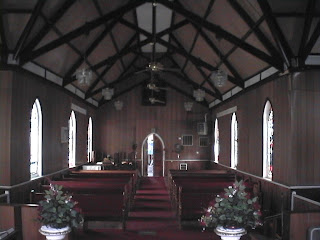 Posted by Hampton University News at 9:14 AM No comments:

HAMPTON — — Breonna Williams and 99 other incoming Hampton University freshmen are getting help adjusting to life as first-generation college students.

Each is being mentored by a current student who also is the first person in their family to attend college. The hook-up is through PRESS, or The Program for Retention and Enrichment of Successful Students, which was started this year by a $100,000 grant from the Wal-Mart Foundation.

Students gets a mentor, peer tutors, a $150 textbook stipend and workshops for two years. The program is run by Erica Woods-Warrior, a political science professor who applied for the grant.

Posted by Hampton University News at 12:21 PM No comments:

HU Mathematician Honored in Who’s Who 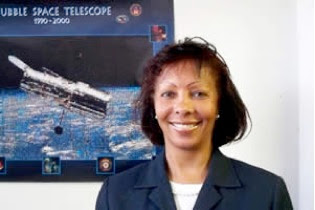 This September, the 28th edition of Who’s Who of American Women will feature Hampton University’s Dr. Widad Elmahboub. As an assistant professor in the HU Department of Mathematics, Elmahboub also serves as the team chair of the HU Research Center of Earth, Space and GIS Analysis (RCESG) Mathematics.

Her current research focuses on the simulation and modeling for surface materials on Mars. She developed a new methodology to accurately target classifications of Earth’s resources.

She is the author of many journals and is active in publishing and editing referred journals. She works hard with her undergraduate and graduate students on different research endeavors.

“I am very pleased,” stated Elmahboub regarding the recognition from Who’s Who of American Women. “Working hard always pays off.”