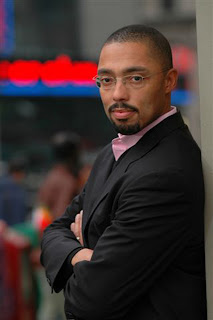 “The Scripps Howard School of Journalism and Communications has gained a national reputation of preparing students in the ever-changing media industry. Mr. Pulley’s vast knowledge and experience in the journalism and digital media makes him an ideal candidate to lead the School and prepare a new generation of communicators,” Harvey said.

Pulley, business journalist and author, currently covers the media and entertainment industries at Bloomberg L.P., the global information services, news and media company. His work appears daily on the company's terminals, its website, and inside its magazines. He is a frequent commentator on Bloomberg Television.

"I am honored to return to my alma mater and work with our dynamic president Dr. Harvey,” Pulley said. “This is an exciting time in the media business and an exciting time for the Scripps Howard School of Journalism and Communications. The faculty and administration have been doing a terrific job of training and placing students in the business. With the proliferation of digital distribution platforms now driving profound changes in the media industry, we have a terrific challenge and a unique opportunity to make Hampton University one of the premier schools for journalism, communications, and digital media innovation. I am looking forward to leading the Scripps Howard School in this effort, and I'm thrilled about returning with my family to Hampton University. ”

Formerly a senior editor at Forbes Magazine, Pulley authored many cover stories for the magazine on topics ranging from the legendary Hollywood studio Metro-Goldwyn-Mayer, to the entertainment giant, The Walt Disney Co. Prior to joining Forbes in 1999, Pulley spent five years at The New York Times, as a national correspondent, and as a local reporter covering politics and economic development. His work at The Times was nominated for a Pulitzer Prize. Pulley also spent five years as a correspondent at The Wall Street Journal, where he was based in Chicago and New York, covering the airline industry and national urban affairs.

Pulley has served as the president and chief executive officer of NewYork.com, an internet company dedicated to tourism and entertainment. In this capacity, he was responsible for a website with over 150,000 visitors and 500,000 page views each month, providing users with hotel and restaurant reservations, transportation services, sightseeing tours, and tickets to concerts, Broadway shows and sports events.

He has received numerous journalism awards, including two first place annual prizes from the National Association of Black Journalists, one in 1994 and another in 2002. Pulley has appeared frequently as a guest on television, providing commentary and insight on media and entertainment industry issues. He has made appearances on networks such as CNN, CNBC, and MSNBC, and has been called on to discuss the finances of celebrities on Entertainment Tonight, Showbiz Tonight, Inside Edition, Access Hollywood, CBS’s “48 Hours,” and NBC’s “Dateline.”


Pulley is the author of “The Billion Dollar BET” (John Wiley & Sons, April 2004), a book that takes an in-depth look at Black Entertainment Television and its founder, Robert L. Johnson. Pulley lives in South Orange, New Jersey, with his wife, Stacey, and their two teenage daughters, Zoe and Blake.
Posted by Hampton University News at 9:57 AM No comments: 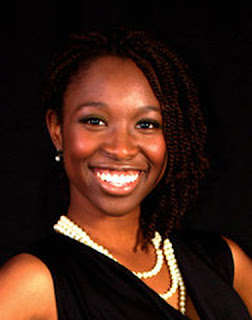 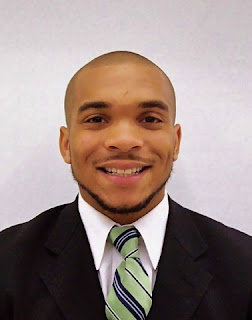 Hampton University’s 2011 valedictorian and former Student Government Association President Jeffrey Eugene has been named a finalist for the Rhodes Scholarships.
The Rhodes Scholarships are the oldest and best-known awards for international study, giving scholars an opportunity to study at the University of Oxford in England.  It is one of the most renowned academic awards available to American college students.
"Jeff has all the qualities that one would hope to find in a Rhodes Scholar,” stated Dr. Freddye Davy, Endowed University Professor and director of the Honors College at Hampton. “He is a future leader, someone who is selfless and cares deeply about others.  He is also eager to explore the world.  We are terribly proud of him and are wishing him great success in the interviewing process."
While at HU, Eugene was involved in a wide range of activities including published scientific research with the National Centers for Disease Control and Prevention, acting in a number of college plays and tutoring peers and younger students. Eugene is currently a first year medical student at the Morehouse School of Medicine.
Rhodes Scholars are chosen in a two-stage process.  First, their university or college endorses candidates and then a Committees of Selection in each of the 16 U.S. districts invites the strongest applicants to appear before them for interview.
Eugene sought the university endorsement of Hampton University for the scholarship and received it this fall.
“I am grateful and honored to be named a Rhodes Scholar finalist.” stated Eugene. “I have worked hard to emulate the expectations of a Rhodes Scholar throughout my academic career. Hampton has supported me and encouraged me to push myself to achieve. I am truly humbled by the opportunity to interview with the committee.”
Established in 1902 by the will of Cecil John Rhodes, The Rhodes Scholarships winners are chosen based on requirements set aside by Rhodes in his will. The criteria are high academic achievement, integrity of character, a spirit of unselfishness, respect for others, potential for leadership and physical vigor.
On November 18 and 19 Eugene will interview before the District VI selection committee, representing Georgia and Virginia, among 12 other finalists. Two finalists from the district will be chosen to represent the 32 Rhodes Scholars from the United States.
Posted by Hampton University News at 2:39 PM No comments: