HU Mourns the Loss of Rev. Dr. Fred J. Boddie, Jr.
Hampton University mourns the loss of the Rev. Dr. Fred J. Boddie, Jr., a noted pastor, community activist and HU professor. Boddie passed away on April 18 in Newport News, Va.
Boddie served as pastor of First Church of Newport News for more than 39 years, growing the congregation to more than 900 members and expanding church facilities. In addition, Boddie taught courses in humanities for HU's College of Education and Continuing Studies.
As a community advocate, Boddie was a life member of the National Association for the Advancement of Colored People (NAACP), a former trustee at Saint Pauls College, former member of the school board of Isle of Wight County, and a member of Phi Beta Sigma Fraternity, Inc. Recently, he was appointed as the senior advisor for Cooke Brothers Funeral Home in Newport News.
Boddie earned a bachelor's and master's degree from Shaw University and a Doctor of Ministry from Howard University.
He leaves behind his beloved wife, Patricia Joan Hall Boddie, two sons, Fred Jacob Boddie, III, and Dr. Timothy Tee Boddie, one daughter, Patricia Theodora Boddie, four grandchildren, two sisters and a host of other relatives. His son, Dr. Timothy Tee Boddie, previously served as university chaplain and assistant professor of English at HU throughout the course of 17 years of dedicated service. 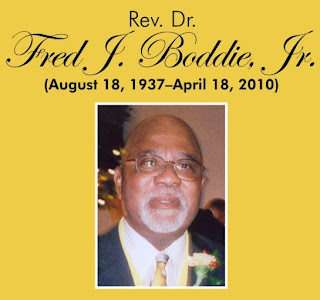 WVEC: 97-year-old who cast her first vote for Obama gets to see his HU speech

97-year-old who cast her first vote for Obama gets to see his HU speech
www.wvec.com
Frances Washington was inspired by Barack Obama to vote for the very first time last November.
http://www.wvec.com/news/97-YEAR-OLD-GOING-TO-H-U-COMMENCEMENT-91752904.html
Posted by Hampton University News at 9:37 AM 1 comment: 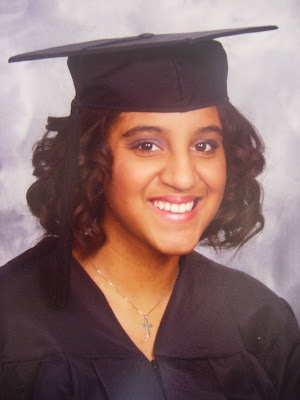 There’s less than 20 days left until graduation for the class of 2010 at Hampton University! The spirit of Senioritis is definitely upon us. Not only are we graduating, but President Obama is our commencement speaker! You can see our excitement bubbling just beneath the surface.
What you can’t see are the memories and experiences we’ve shared over these past four years. If you’ve heard anything about the Real HU, you’ve probably heard that we Hamptonians consider each other family. And it’s true. Quintessence VII aka QT7 (naming classes is a storied HU tradition) has celebrated each other’s victories and encouraged each other through losses.

I think I speak for my classmates when I say November 4, 2008 was one of the most moving experiences we’ve shared. We watched in the Student Center as it was declared that Barack Obama would be the nation’s first Black president. We stood yelling in the Student Center, “Yes We Can!”

We had voted in our first presidential election and seen the power of our voices combined. To hear that President Obama’s voice will also be the soundtrack for our segue from Hampton students to Hampton alumni incites emotions for which there are no words.

The commencement speaker is important because he marks an end and a beginning. He marks the end of a year of many lasts as students at this historic place: last class, last exam, last homecoming game, last 12-2, last Alpha Cab, last Black History Extravaganza, last Spring Fest, last meal in the caf, last chicken-on-a-stick etc. He also introduces the beginning of the rest of our lives and all the firsts that come with it.

By now we’ve heard many speakers in Ogden Hall, Convocation Center, Chapel, and Scripps etc. The best speakers are the ones we can relate to, the ones who inspire us to accomplish even our wildest dreams. Who better to give us this inspiration than a man who actually embodies one of those dreams?

Hearing the nation’s first black president speak at our commencement will serve not only as motivation but also a reminder. A reminder that we can be the change we want to see in the world; after all, OUR votes elected him. A reminder that we too can be great because of the similarities we share with Barack Obama.

We too have learned to overcome adversity; not run from it. We too know how to respect ourselves even if we should encounter someone who doesn’t. We know not to let the evils of the world deter us from being truly excellent. We know to compose ourselves with decorum and grace at ALL times so that our actions speak louder than the color of our skin.


So on behalf of QT7, thank you President Obama. We simply can't wait until May 9th.

The Hampton University SEEDS Ecology Club participated in the Great American Cleanup Campaign on March 27. Forty-five volunteers from the club and additional biology majors helped clean the shoreline located off of Settlers Landing in Hampton. 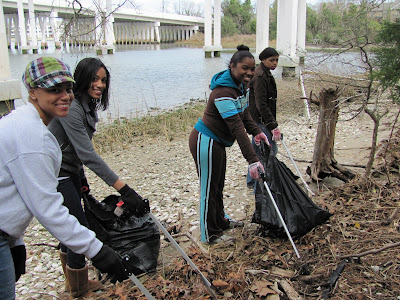 Students came out in the cold to help cleanup the area around the shoreline. 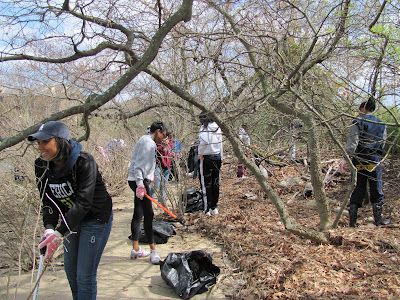 A large group of volunteers came out to help SEEDS who has adopted the spot on Settlers Landing. 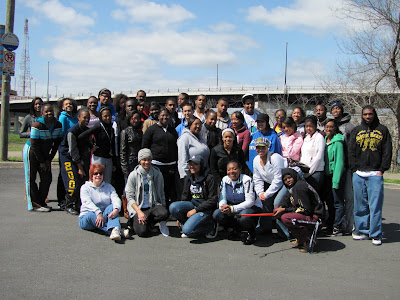 Author LeAnne Howe Visits HU Annual Read-In
Hampton University's Department of English welcomed author LeAnne Howe as part of the Annual Read-In Event on March 24 in the Student Center Ballroom. This year Howe's novel, "The Miko Kings," was selected as the Read-In book.
"The Miko Kings" is a story of a all-Native American baseball team from Ada, Okla., set to play agains the United States' Seventh Cavalry team for the Twin Territories' pennant in 1907. Howe read several excerpts from her novel, including a scene set at Hampton Normal and Agricultural Institute (now Hampton University.) She spoke of her writing process and answered questions regarding the plot, character development and Indian Territory history.
The event also featured a performance by the Four Rivers Inter-Tribal Drum group. Following her readings, HU presented Howe with a painting, commissioned by Assistant Professor Solomon Isekeije.
Visit her blog at http://mikokings.wordpress.com/ to read about her experience at our "Home by the Sea." 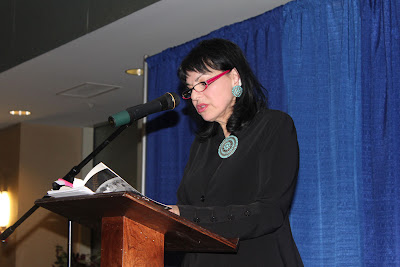 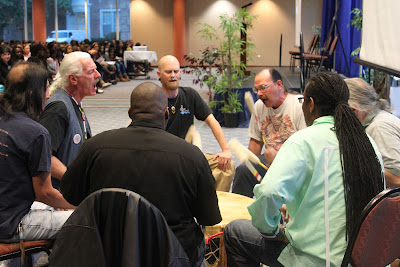 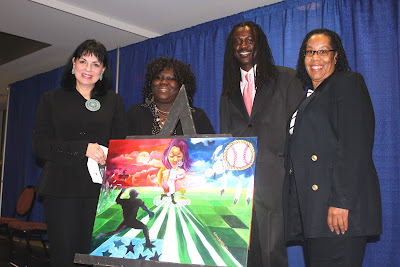