College Is About Creating Yourself

As members of the Hampton University Class of 2013 prepare to graduate from their "Home by the Sea," we are taking a look back at their years at HU. This three-part blog series explores the experiences of three Hamptonians as they interpret -"It's a Hampton Thing, You wouldn't understand." 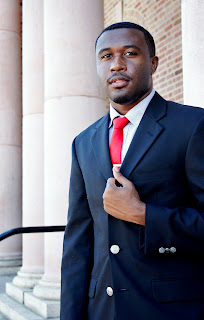 My freshmen year there was a message board that was posted on the north wall of the Harkness Hall lobby for parents and friends to leave messages for residents they came to visit. Although most messages were left by over-protective parents reminding their sons to behave or girlfriends and love interests trying to claim their territory, one message in particular stuck with me over my four years at Hampton. It read, “College isn’t about finding yourself, it’s about creating yourself.” At that instant I immediately began thinking about the future “self” I was to create.

It's no doubt that a Hampton education is expensive, but the opportunity to have all the resources needed to create your ideal self is priceless. The key to Hampton, like life, is to make the most out of every opportunity. How does one do that? There are many ways.

First, Get up, Get Out, and Get involved. Hampton literally has hundreds of clubs, programs, and organizations that you can join. There is truly a niche for everyone. From early on I got involved with the Student Government Association and worked my way up the ranks from senator to eventually becoming a cabinet member and speaker of the entire Senate. It was truly a labor of love and an experience that allowed me to gain more confidence and grow into my own leadership style. While trying to get involved I also discovered what wasn’t for me. I have always had an interest in clothing and dance, but I didn’t fit in well with the fashion show circles nor the dance and Battle of the States crews. However, if I hadn’t tried it all, I would’ve never found what worked for me.

With that being said, secondly, don’t be afraid to take a chance, make mistakes, or fail. It’s a necessary part of the college experience and life. Whether it’s taking a chance and going to the party of the semester and knowing you’re going to have to pull an all-nighter when you return or trying out for Ebony Fire or Majestic dance team, you never know what will come out of a good try. I personally have failed extraordinarily since I’ve been at Hampton. I ran for office three times and lost, but the connections, opportunities, and relationships I have gained from those experiences I never would have had if I were afraid to fail.

With May getting closer and closer I realize how fast college really goes by. Enjoy it. These truly are some of the best years.

Jonathan Mark is a senior public relations major from Richmond, Va. He is an active member of the Greer Dawson Wilson Student Leadership Program. Jonathan will attend the University of Richmond T.C. Wilson School of Law in the fall.
Posted by Hampton University News at 2:02 PM 1 comment:

The Scripps Howard School of Journalism & Communications welcomed WHRO for a special screening of “The Central ParkFive,” a new film from award-winning filmmaker Ken Burns, tells the story of the five black and Latino teenagers from Harlem who were wrongly convicted of raping a white woman in New York City’s Central Park in 1989.

The evening started with a reception in the J. School’s atrium. Wayne Dawkins, Assistant professor of journalism and guest panelist had his new book, “CitySon: Andrew W. Cooper’s Impact on Modern-Day Brooklyn,” on display.

Before Burns’ “Central Park Five,” Dawkins recalled the horror in his book. Cooper, a community activist and journalist, founded the influential City Sun Newspaper. On the night of April 19, a series of violent assaults inside Central Park were reported to police. In his book, Dawkins addresses the heated social climate in NYC and sets the stage of the young black and brown men being coerced into confessing to a crime they didn’t commit.

The reception was followed by the introduction of the moderator, Barbara Hamm, executive producer and host of "Another View" at WHRO (which airs at noon on Fridays on WHRV FM 89.5). The panelists included: Eric Claville, J.D., Assistant Dean of Liberal Arts who provided a legal perspective; Earl Caldwell SHSJC writer-in-residence and veteran journalist who was working at the Daily News at the time and covered the case and Wayne Dawkins, who was also a NYC journalist at the time covering the news story.

Posted by Hampton University News at 4:02 PM No comments: