The Hampton University School of Nursing (SON) has several activities planned in recognition of National Nurses Week May 6-12. In celebration of the profession, the American Nurses Association(ANA) selected the theme “Ethical Practice. Quality Care.”

SON Dean Dr. Deborah Jones said, “ The Hampton University School of Nursing faculty support the ANA in the efforts to raise awareness around the importance of ethics in nursing.”

The week’s events at HU include the SON annual Pinning Ceremony at 1 p.m., May 9 at Ogden Hall. A total of 50 students are part of the pinning. The ceremony marks the celebration of new nursing graduates into the profession, and precedes the University’s Mother’s Day graduation for all University graduates.

Leha Byrd
Posted by Hampton University News at 11:12 AM No comments:

Dr. Tyechia Paul is the first Ph.D. graduate of the HU School of Business


Dr. Tyechia Paul is the first Ph.D. graduate of the HU School of Business

In December, Tyechia Paul became the first person to receive a Ph.D. from the Hampton University School of Business. On May 10, Dr. Paul, along with approximately 1,000 other Hampton graduates, will march in Armstrong Stadium.
The Ph.D. degree hybrid program in business administration includes courses in accounting, finance, marketing and management. The program requires completion of approximately 61 credit hours adjusted as necessary to incorporate life experience, a student's educational background and the time needed by a student to complete the dissertation.
Paul’s dissertation was “An Evaluation of the Effectiveness of E-Learning, Mobile Learning, and Instructor-Led Training in Organizational Training and Development”.
"Dr. Paul is an intellectual "heavy weight," an educator who can teach, and is intensively involved in research publication,” said Dr. Sid Credle, Dean of the Hampton University School of Business.  “We expect great things from Dr. Paul. She is our brand model and trailblazer."
Paul credits the hybrid nature of the Ph.D. program as one of the selling points for prospective students. Like other potential students, when Paul started the program she was working full-time as an IT Instructor at the global law firm, DLA Piper.
“It’s a very intense program,” said Paul. “The other thing that drew me to the program was its hybrid nature and the fact that I wouldn't have to quit my job to go to school full time. The program still involved that residency aspect or apprenticeship aspect that you will see in a lot of Ph.D. business programs.”
Paul, who received both her B.S. in Business Administration and M.B.A. from Morgan State University, stressed why it was important to her to obtain her Ph.D. from Hampton University.
“Another factor that drew me to the program was that I always wanted all of my degrees from HBCUs,” said Paul. “I want my success to be not in spite of having been educated at HBCUs but because I was educated at HBCUs.
“I also spent some time at Hampton in my childhood. My brother graduated from here, and I always loved the campus. I wanted to attend Hampton for undergrad. However, I found it was too far from my home in New Jersey," she said.
Paul began teaching at Bowie State University in 2013, where she teaches management in the College of Business.
“It’s definitely been a good experience not only to be educated at HBCUs but to then to turn around and teach at HBCUs. It’s been awesome,” said Paul.
Another positive that Paul found with the HU Ph.D. program was the supportive nature of her classmates.
“I was very fortunate to have a great cohort,” said Paul.  "We are kind of like a family. We’ll check in on each other and ask how we can assist each other with their projects and keep each other on track.”
Paul also highlighted the two summer residencies on campus as being paramount in terms of building relationships with her professors and classmates. During that time, students are able to learn their professors’ teaching styles and the professors were able to learn their students’ strengths and weaknesses. Some students would even make trips to see professors even after completing the second summer residency.
“The rapport I had with my professors was solid,” said Paul. “They were very supportive. What helped to foster those relationships were the summer residencies. Because I was actually able to interact with my professors face to face and then often time the same professors would teach our classes via distance in the fall and spring semesters.”
It is poetic that Paul is the first Ph.D. graduate in the School of Business. She went from calling Dean Credle inquiring about Hampton starting this program to becoming its first graduate.

“Know that with every breath and step, the journey is as important as the destination…keep trotting.” These are the words Joshua Burton lives by. Burton’s journey has led him to be one of the three seniors presented with the 2015 Hampton University President’s Cup.


The senior biology major and native of Antigua and Barbuda says that when it came to choosing a new home for four years, there was no doubt that Hampton University was a top contender. The climate in Virginia appeared to be one that he could adjust to without too much discomfort in comparison to the states further north.

“Hampton University turned out to be the most favorable option, and the fact that I secured a scholarship at this prestigious HBCU affirmed it as my school of choice,” said Burton.

Starting as a freshman in James Hall, Burton came to HU with intent on going to medical school after graduation, but instead he found that his real passion is in biomedical research.

“I was able to connect with professors who encouraged me to consider this path and opened up the opportunities to allow me to get the exposure that I needed. My time at Hampton has indeed allowed me to redefine my career objectives.”

After graduation, Burton will attended Syracuse University where he will pursue a doctoral degree in biology. “I anticipate that this course of study will equip me with the requisite skills and knowledge for a career in biomedical research.”

Ultimately, Burton would like to establish a biomedical research facility in Antigua and Barbuda to further invigorate the health care system.

Sabin Duncan, director of the Freddye T. Davy Honors College, describes Burton as a “jewel of a student.”

“I am grateful because I know that in time, when I name the most remarkable alumni that list will include Joshua,” Duncan said. “I will feel a great sense of pride knowing that my contributions were among the many that shaped this marvelous young man."

Posted by Hampton University News at 12:02 AM No comments: 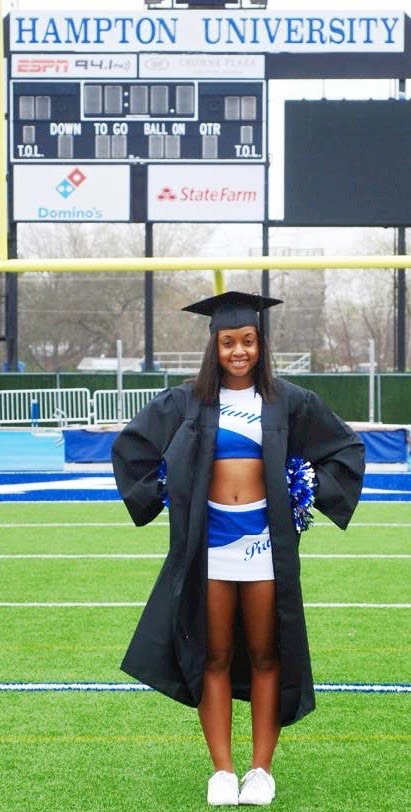 Posted by Hampton University News at 12:01 AM No comments:

Hampton University senior has his eyes on the Supreme Court


Hampton University senior has his eyes on the Supreme Court

Becoming a Supreme Court Justice has been Demarius Newsome’s dream since he stepped foot onto Hampton University’s Campus four years ago. After May 10, 2015 he will be one degree closer to achieving his dream. Newsome, a psychology major and leadership studies minor from Meadville, Pennsylvania, is a member of the HU Class of 2015.

Being involved in numerous campus organizations has shown Newsome how working with peers from different backgrounds can be beneficial.

“Hampton has shown me the importance of depending on others and treating people as equals,” said Newsome. “Hampton has impacted my goals by showing that we as a people can advance and do anything so long as we put our minds to it.”

While at HU, Newsome has been actively involved on campus through the Greer Dawson Wilson Student Leadership Program and the Marching Force. Being a leader on campus has helped him see the wonders of “Black intelligence.” 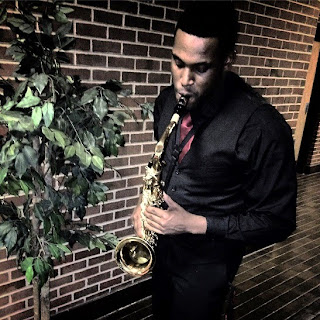 “It has truly been an honor to work and study with some of the brightest minds,” Newsome said.

After graduation, Newsome will attend Emory University School of Law. He is interested in specializing in criminal law, constitutional law, trial advocacy and/or litigation. Newsome plans to be just as active at Emory as he has been at HU.

Newsome is ready for the challenges the future holds but he will value highly the education he has received at HU.

“I love how the Hampton community embraces and cherishes the students that come each year. I am grateful for having the opportunity to be here.”

- Sechemelia Lewis '15
Posted by Hampton University News at 1:14 AM 1 comment: