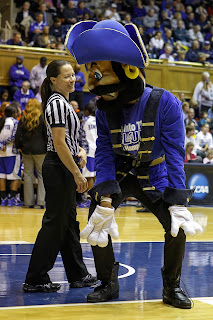 The Pirate mascot interacting with the referee at the Hampton vs. Duke basketball game.
Daisha Roberts '15
Posted by Hampton University News at 12:56 PM