“The Help” Actress Aunjanue Ellis to star in HU production 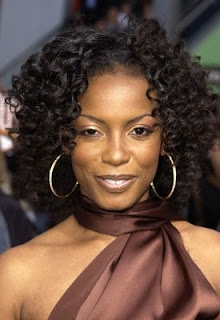 If there were ever an actress that could demand the attention of an audience, even when sharing the screen with heavyweight movie stars like Viola Davis, Jamie Foxx, and Denzel Washington, it is Aunjanue Ellis. For more than a decade we’ve enjoyed Ellis on a number of television shows such as The Practice, New York Undercover, True Blood, and her latest, The Mentalist.

Ellis has also showcased her range as an actress repeatedly on the silver screen, from portraying Ray Charles’ first background singer Mary Ann Fisher in Ray, to portraying Harlem Renaissance author Zora Neale Hurston in Brother 2 Brother. Next spring Ellis will join the Hampton University family when she stars in the Hampton Player’s and Company production Through the Crack.

Through the Crack will be performed at Armstrong Hall Little Theater March 15-17. It is the heart-warming story of three African-American women bound to one another by the common blood that flows through their veins. Vickie’s single, saved and sanctified sister Vanessa Morgan, has her middleclass lifestyle in the city disrupted when she is forced to acknowledge what she has long suspected--that her sister is entangled in a web of drug addiction and headed swiftly for destruction.  This provocative play traces the women’s journey from addiction to recovery, detailing their thoughts, feelings, and actions towards their circumstances, and exposing their individual desires to avoid being smothered by family responsibilities and relationships.  The characters’ faith in God sustains them through the laughter and the tears, as they learn the true meaning of unconditional love on all levels.  Ellis will return to her theatre roots in the lead role as Vickie Morgan.

Ellis can currently be seen portraying Yule May in the critically acclaimed movie The Help, starring Viola Davis, Emma Stone, and Octavia Spencer. Ellis sat down with us to discuss her career as an actress and her current role in "The Help."
*******
Q: Your new movie "The Help" hit theaters Aug. 10. What attracted you to this project?
A: It was a story about Mississippi women. I am a Mississippi woman. It was shot in Mississippi. I live in Mississippi. And the character and the story got beneath my skin.

Q: In "The Help" you play Yule May. Can you give a little background information on her?
A: Yule May is a woman who interrupted her life and her education to take care of her children and is forced to make a choice that alters her life and her family’s life forever. I hope I was sufficiently vague in that response. I don’t want to give too much away.

Q: What was it like working alongside Viola Davis and Cicely Tyson?
A: Viola Davis is a bad chick first of all. She is a great actor, one of THE great ones. But besides the education I got by working with her, I experienced her humility and generosity as an actor. It was revelatory. Octavia Spencer, who hopefully everyone will know after this movie comes out, is also a bad chick and just as lovely a human being. And I did not work with Ms. Tyson, but I did get to breathe her air for a few weeks. I felt blessed to do it!

Q: "The Help" is Tate Taylor’s directing debut. What was it like working with a new director?
A: Tate was fresh, inventive, thorough, calming, as well as profane and hilarious. Everything you want in any director.

Q: The movie deals with racial issues that will remind older audience members of experiences they may have lived through. It will also shed light on a time in our past that younger audience members have never and will never experience. What do you want an audience member to take away from the movie?
A: Working on the movie, I met several people whose lives, their current lives, are reflected in the themes of this story. I think individual privilege sometimes blinds us to the very real existence of racism. It is a tired conversation that needs a new language, perhaps. I hope this movie contributes to that happening.

Q: What inspired you to be an actor?
A: I was inspired by Vanessa A. Williams’ portrayal of a hit woman in New Jack City.

Q: What was your favorite character to portray and why?
A: Molly Cunningham in August Wilson’s play "Joe Turner's Come and Gone.” She was fun, sexy, funny, mean, fragile, pained, and lonely. I had to integrate all of those elements into a very limited amount of text. It nearly killed me, because I was never satisfied. I didn’t achieve all that I wanted in her until the end of the run of the play. I couldn't sleep. I cut myself off from my friends. Sounds unhealthy, right? It was. But, when I was on stage and felt the audience was traveling with her, that they understood her, were appalled by her, hated her, loved her, it was everything I wanted to experience as an actor.

Q: When looking at scripts and characters, what attracts you to a part?
A: Will it be fun? Will I fall in love with her? Learn something from her? Will I look forward to waking up in the morning to be with her? And I read that if a project scares (an actor), then they know it is something they should do. I feel the same way. If I get sweaty-palmed about a character, then I know she's for me.

Q: Some actors have no problem crossing the line by portraying controversial roles and performing risqué scenes such as Halle Berry in “Monster’s Ball,” Denzel Washington playing a corrupt cop in “Training Day,” and Monique playing the abusive mother in “Precious.”  Are there any roles you won’t take or instances where you won’t cross the line as an actor?
A: No. Lines are meant to be crossed. Any actor worth their breeding is a fearless one ready to cross over, no, leap over lines. If it is in the human experience, then it is worth telling.

Q: What was your most pivotal moment as an actor?
A: There hasn't been one, but anytime someone says they are moved by some work I’ve done, then that is important to me.

Q: How do you feel about the state of the industry in regards to actors being given the opportunity to portray reputable characters? What about minority actors?
A: I have to say I have no interest in playing characters that are merely reputable. They bore me. I love the ill reputed, because I love challenging prejudices and preconceptions about people.

Q: What’s the biggest obstacle for an actor in today’s industry regarding obtaining work?
A: So many actors, wonderful ones too, and too few roles.

Q: What piece of advice would you give those looking into a professional acting career?
A: Every actor's experience is unique, so I bristle at giving philosophical advice to anyone. Practical advice is best. So I’ll say this, you will have to change outfits/costumes a lot between appointments so learn how to change clothes in public without getting arrested! Oh, and when you get to said appointment--be prepared! Know the lines better than anybody in the room.

Q: What keeps you going? Did you ever have moments where you wanted to throw in the towel?
A: I have never felt like I’ve gotten it right. I will always keep pushing until I do.